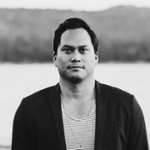 Noel Manzano is the Vice President of International Programming at AMC Networks, working across AMC, SundanceTV and BBC America. In this role, he identifies and develop original content with creative talent around the world, and work within the AMC Networks Entertainment Group to move existing projects forward. Manzano was most recently director of development for Hoodlum Entertainment, where he ran the company’s U.S. content development slate and strategy and drove internationally produced projects. Prior to this role, he worked in film acquisitions for iflix, was director of acquisitions for Dynamic Television and served as a creative executive at Sierra/Affinity. Manzano is a graduate of New York University. 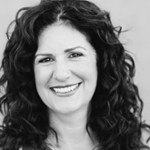 Lorien McKenna has written for studios, streamers, and indie films including Hulu, NBC, and Disney.
A former Story Manager at Pixar Animation Studios, McKenna worked on UP, BRAVE, INSIDE OUT, and THE GOOD DINOSAUR. She was also the Associate Producer for Paramount Animation’s WONDER PARK and the Co-EP for CURIOUS GEORGE.
She is a Script Editor for Screen Australia and Screen Queensland and is a mentor and judge for the Cinestory Foundation.
After getting her MFA in Playwriting, she founded Guilty Theater and taught playwriting, Shakespeare and Theater at St. Mary’s College of California. 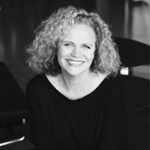 Meg LeFauve is an Oscar-nominated writer and Peabody award-winning producer. She was nominated for the Academy Award for Best Original Screenplay for co-writing the script for Pixar’s INSIDE OUT, she also wrote the script for THE GOOD DINOSAUR which was nominated for a Golden Globe. LeFauve also received a “story by” credit on the live action CAPTAIN MARVEL movie.

LeFauve has worked as a mentor for Meryl Streep’s writer’s lab, the Sundance Creative Producer Lab, and is a Board Member and returning participant at CineStory Script Sessions. LeFauve has taught at AFI and served as co-chair of the Graduate Producers Program at UCLA’s School of Film and Television, where she taught master level story and development classes for over seven years.

She began her film career as a producer and President of Egg Pictures, Jodie Foster’s film company. During that time, LeFauve produced films that were nominated for an Emmy, a Golden Globe, and was awarded a Peabody for Jane Anderson’s Showtime film, THE BABY DANCE. 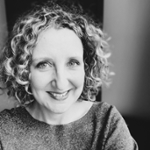 Edwina is responsible for assessing and developing all Australian and NZ projects for theatrical release. Prior to this she ran programming and strategy for ABC2 then ABC COMEDY across television and iview. Edwina was previously a Commissioning Editor and Executive Producer for ABC Factual and Documentaries, and spent a number of years with the Specialist Factual Department at Channel Four UK. She began her career working with writers, directors, designers and actors at talent agencies including William Morris Agency UK (now WME), Curtis Brown UK, and HLA Australia. Recently released and upcoming Australian titles include THE DRY, PENGUIN BLOOM, GO!, MISS FISHER AND THE CRYPT OF TEARS, RAMS, THE DROVER’S WIFE: THE LEGEND OF MOLLY JOHNSON, BLUEBACK, SERIOUSLY RED and UNBREAKABLE: THE JELENA DOKIC STORY.
Roadshow is currently expanding its development slate through early development and co-production opportunities with a number of Australian and NZ producers. Upcoming cinema releases include Go!, Rams, Miss Fisher And The Crypt Of Tears and The Dry. 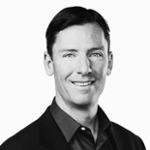 Greg Denning has almost 30 years in the entertainment industry, across both Exhibition and Distribution businesses, and is one of the most highly respected film executives in this territory. He has worked across Sales, Programming, Marketing, Acquisitions and Development. He has released nearly 500 films Theatrically and Programmed many more!
Since 2013 Greg has been with independent powerhouse STUDIOCANAL, as Head of Sales & Acquisitions and Development Manager. In that time, he initiated the STUDIOCANAL CULTIVATOR DEVELOPMENT FUND which currently has three local feature films in development.

Before STUDIOCANAL, Greg spent eleven years at Icon Film Distribution (since its inception), firstly as Head of Sales, and subsequently General Manager Theatrical. In that period he helped grow the company from 5 to 40 staff, oversaw the release of over 200 films theatrically, and was a key part of the acquisitions process too.

Prior to Icon, he spent 13 years with Hoyts Cinemas in the cinema exhibition business, in both Marketing and Programming roles.

Greg has released over 500 Theatrical films across all genres and scale including international titles like PADDINGTON 1 & 2, KNIVES OUT, HEREDITARY, DEATH AT A FUNERAL, THE PASSION OF THE CHRIST, CRASH, THE IRON LADY, BOMBSHELL, THE GUERNSEY LITERARY & POTATO PEEL PIE SOCIETY, SLUMDOG MILLIONAIRE, JOHN WICK 2 & 3, PARANORMAL ACTIVITY and Australian productions like BLINKY BILL THE MOVIE, KNOWING, LITTLE FISH, ORANGES & SUNSHINE, WYRMWOOD and DANCE ACADEMY THE MOVIE.

We are looking for mostly features, nothing micro-budget 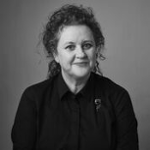 Amanda Duthie is Stan’s Head of Scripted, overseeing all of Stan’s Original scripted, entertainment and factual slate; and has over 20 years in the creative arts and television industry.
Prior to her position at Stan, Amanda was Acting Head of Drama at SBS, plus also served as Executive Producer across many commissioned titles, such as New Gold Mountain and The Unusual Suspects.
Before her time at SBS, Amanda was the Head of Production, Development and Studios at the South Australian Film Corporation (SAFC), where she oversaw investment slate which included, I Am Woman, The Hunting, First Day, Operation Buffalo and Stateless. She was also the Creative Director/CEO of the Adelaide Film Festival for seven years, leading both the festival and its investment fund; supporting 58 projects, which included award winning documentaries, VR, features including Sweet Country, Charlie’s Country, Hotel Mumbai, I Am Mother, Top End Wedding, 52 Tuesdays, Ali’s Wedding, Tender, She Who Must Be Loved and Cargo.
Amanda Duthie held various roles at the ABC over her eight years with the public broadcaster, including Head of Arts and Entertainment, along with Executive Producer and Commissioning Editor Arts, Entertainment and Comedy. During her tenure at ABC, she commissioned numerous award-winning and popular programs.