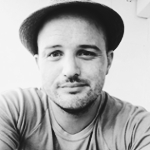 Sebastian Angborn started his career as a screenwriter and actor, having appeared in titles such as The Elephant Princess, Sea Patrol, and 500 Miles. A film graduate of Bond University, Sebastian also studied at the Atlantic Theatre Company in New York City, and undertook an intensive screenwriting mentorship with the Associate Chair of Film at Savanah College of Art and Design, Mr Shawn Kasinger, focusing on Gnostic Philosophy in Western Cinema.

Previously he has also been employed as the Senior Academic Manager at the New York Film Academy Australia, and has taught screen structure and acting at the National Theatre Academy of Romania, at the Television Workshop in Nottingham and at the Sydney Theatre School.