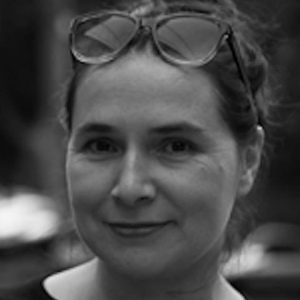 Dr. Alejandra Canales is an award-winning documentary filmmaker with an extensive career in directing, producing, curating and programming, and teaching and curriculum development. She holds an MA Hons from AFTRS (2005) and a Doctor of Creative Arts from the renowned Institute of Culture and Society at Western Sydney University (2011).

Alejandra is an experienced educator across documentary and screen media, both practice and theory. She is currently Senior Lecturer in Documentary at AFTRS. Previous teaching roles include NYU Sydney, Western Sydney University, Sydney Film School, and The National Institute of Dramatic Arts, NIDA.

Alejandra has been an artist in residence at numerous prestigious international programmes such as 5 Sur 5 in La Louviere, Belgium (2006) and IDFAcademy in The Netherlands (2008). She has also been awarded multiple art scholarships and prestigious grants including the Ian Potter Cultural Trust (2009). As a grounded community educator, Alejandra is grateful and honoured to have had the opportunity to designed and lead short training courses with aboriginal communities in Australia, vulnerable communities in Chile, and refugee youth in Western Sydney. More recently, she has been part of several mentoring programs such as Leading Lights for the Australian International Documentary Conference (AIDC), MentorHer for Women in Film and Television (WIFT) and Curious Women for Curious Works.

Her documentary film work as both director and producer has been broadcast at the ABC and screened at several festivals worldwide including IDFA (The Netherlands), Sheffield DocFest (UK), CPHDOX (Denmark), Cinema del Donne (Italy), Vision du Reel (Switzerland). The International Documentary Association in Los Angeles; Melbourne Film Festival and Sydney Film Festival. In 2006 she won the Dendy Award at Sydney Film Festival and the ATOM award. She received a special mention from the Film Critics Circle of Australia 2007 and was nominated for an IF Independent Spirit Award 2007.

Alejandra was co-founder and co-Director of the inaugural version of Antenna Documentary Film Festival (Sydney, 2010) and was part of the programming team for several years.

She is currently working across virtual reality, immersive storytelling and mixed realities and recently presented her work at Sheffield Doc/Fest in the UK and NewImage Festival in Paris.