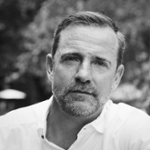 Justin Donoghue has over twenty years’ experience working in film and television development, production and distribution. In London he worked on projects for Hallmark Entertainment, Channel Four Films, Channel Five, Downtown Pictures and Kudos Film and Television.  He has worked on the development and production of a diverse slate of feature films in the UK, Europe and South Africa. In 2011 he returned to Australia and joined Screen NSW as a Development and Production Executive and also ran the Aurora script development program. Justin joined Screen Australia as a Development Executive in late 2014 and has worked across drama development and initiatives for features, series, shorts and on-line.