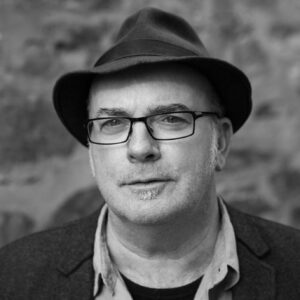 Paul Ryan is an Adelaide based Producer and Director whose experience spans the last three decades, working across a range of projects from documentaries, film and corporate projects. Early in his career, Paul produced some of Australia’s most successful children’s programs for Channel Nine.
Independently, he has been an extremely active Producer, often drawn to projects with a strong social conscience or health focus. In the early nineties, Paul managed Foundation Studios, producing over 20 titles on Women and Children’s health issues. He spent three years working for The South Australian Film Corporation as Manager of Government Film, before moving back to an Independent Producer/Director role working for various advertising agencies and local Adelaide Production Companies.
As Owner/Director of 57 Films, Paul works closely with his team to ensure effective storytelling content that connects and engages with audiences. Paul has tertiary qualification in media and education which has underpinned his communication career
Paul established 57 Films to produce high-quality, story-driven content for television and factual series for national and international audiences, including Chef Exchange, a food and wine show broadcast across China and Australia. Paul managed the Australian component of the production of Speed, a 40-part Chinese TV series. Paul facilitates international productions seeking to film in Adelaide. His recent successes include CHS Media’s If Time Flows Back, and Barefoot Through Australia for Berlin-based Schiwago Film. And Produced the theatrical released feature “This Is Port Adelaide” in 2020

Yes not looking for Animation