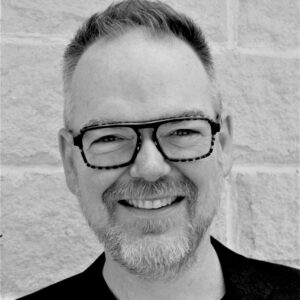 Nathan Anderson’s dual expertise in film production and creative technology allow him a forward-looking approach to the evolving new media landscape. He brings a futurist mentality to the VR industry, embracing immersive technology as a tool for emotionally resonant narrative storytelling. After beginning his career in the film industry, Nathan followed the dotcom explosion in the late 90s, making a transition into digital.

He leveraged this tech startup background to dive into multiplatform digital development and transmedia content creation. Nathan has produced digital media content for all platforms, working with such top international brands and companies, such as Foxtel, Disney, Viacom, ABC, BBC and NBCUniversal.

Active in the VR industry since 2015, Nathan has Produced and EP’d over 50 XR projects including critically acclaimed and awarded projects such as Wentworth VR, Awake: Episode One and VR Noir.

Nathan is a member of the Producers Guild of America and is also a participant and advisor to Screen Producers Australia. He is a regular speaker at industry conferences and has graduated with a Masters by Research exploring interactive narrative from the Australian Film TV and Radio School (AFTRS)