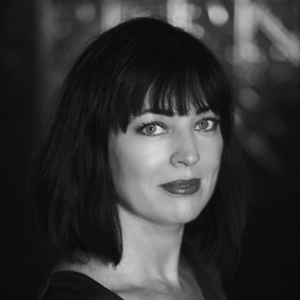 Tracey Robertson is the Chief Executive Officer of Hoodlum, an Emmy® and BAFTA Award winning Entertainment Company. As CEO, Tracey oversees Hoodlum Television, connecting with networks and studios to produce scripted content in Australia, the United States, and the UK.

Hoodlum is currently working with ABC Australia and Margot Robbie’s LuckyChap Entertainment to produce SHAKESPEARE NOW, a ten-part series updating the work of Shakespeare using all-female writers and directors. Also announced is feature film NO FRIEND BUT THE MOUNTAIN based on the multi award-winning book from Kurdish-Iranian journalist Behrouz Boochani who chronicled his harrowing experiences in the tome No Friend But The Mountains: Writing from Manus Prison.

Hoodlum is currently facilitating the second series of ABC Signature / Amazon series THE WILDS which is currently in production. Past projects include of Seasons 1 and 2 of SECRETS AND LIES, a 10-part series for ABC Network starring Juliette Lewis, based on Hoodlum’s Australian 6-part series and TIDELANDS, an 8-part series for Netflix. Robertson is a member of BAFTA, the International Academy of Television Arts & Sciences and the Australian Academy of Cinema and Television Arts (AACTA). She was recently recognized as an outstanding alumnus and made an Adjunct Professor of Creative Industries at the Queensland University of Technology.