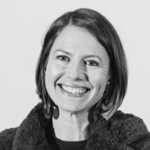 An AWGIE winning playwright, Sally is also a screenwriter, children’s author and producer, and is a member of the National Executive Council for the Australian Writers Guild. Originally trained as a screenwriter at RMIT, Sally has worked as script consultant and concept developer for SLA Films and KOJO and produced a documentary with Red Wall Films in 2019. In theatre she has worked with such companies as Brink Productions, Slingsby, Patch Theatre, State Theatre Company, ActNow, Ink Pot Arts and the True North Youth Theatre Ensemble. Her plays have been published by Australian Plays Transform (APT) and Trinity College London, and have featured in the DreamBIG Children’s Festival (2019 & 2017), World Festival of Children’s Theatre (Canada, 2016), Come Out Children’s Festival (2015), Adelaide and Melbourne Fringe Festivals, as well as featuring on the VCE Playlist (2006). As a Dramaturge she has worked on shows in the Adelaide Festival (2018) and Adelaide Cabaret Festival (2018). In 2016 she won an AWGIE (Youth & Community Theatre) for A Kid Like Me, and in 2014 she won the Trinity College London International Playwriting Award for her play Gone Viral. She has received multiple grants, including from Arts South Australia, the Australia Council for the Arts, the Adelaide Festival Trust, the City of Adelaide Cultural Fund and Mt Barker District Council. Recently Sally was the 2020 Artist in Residence for Slingsby Theatre Company, where she wrote her play Night Light with funding from Arts South Australia. Also in 2020, Sally was a core writer for the State Theatre Company / ActNow digital co-production Decameron 2.0, writing for all 10 episodes. Her work as a teaching artist has seen Sally work with students from preschool age through to elderly citizens and has taken her to Primary Schools, Kindergartens, High Schools, Universities, youth theatre companies and community arts organisations, throughout Adelaide and regional South Australia.