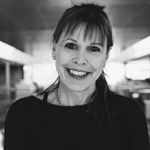 Dr. Pieter Aquilia is a scriptwriter, script editor and director, who has combined her creative practice with a career in academia. Formerly an Associate Dean and Associate Arts Professor for NYU Tisch School of the Arts Asia, she was also Associate Professor and Head of Program at UNSW Asia and University of Newcastle. Pieter completed her Doctor of Creative Arts in Scriptwriting at University of Technology Sydney in 2000. Her research publications cover International Television Drama, the Globalization of Screen Education, Ethnic and Gender Representation on Screen, and the Media in Asia. Dr. Aquilla graduated from the BA Program at the Australian Film Television and Radio School in 1988.