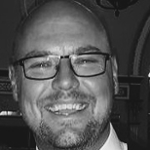 Nick has spent his entire working life in the cinema industry. Nick commenced with Dendy Icon in 2008, and has had several roles within the organisation including Head of Cinemas. He has also been the Operation Manager of the Sydney Film Festival and worked for Hoyts Cinemas for a decade. Nick is also currently serving on the board of Independent Cinemas Australia, the peak industry group for Independent Cinemas and is the Vice President of the Australian Independent Distributors Association.