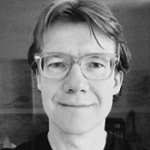 With over 25 years of Film and Television experience, Michael Favelle is the founder and CEO of Sydney based Odin’s Eye Entertainment and sister company Odin’s Eye Animation. Beginning at Southern Star’s replication facility followed by 3 years at
Beyond International and Beyond Films and an additional 3 years at Arclight Films, Michael has amassed a depth and variety of skills in almost all aspects of the feature film and series value chain: from initial inception of a concept, development, through to financing, post/production, marketing, legals and international sales giving him a unique insight into the industry.

We are looking for great concepts and compelling characters across feature and Series. Both live action and animation.
Any pitches related to games content

We are not looking for small Arthouse festival movies.