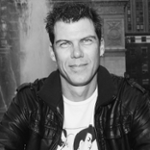 He has won some of the industries’ most prestigious awards including the AACTA Award (Australian Academy of Cinema Television Arts), Best Feature Documentary for “STORM SURFERS 3D” and the International Digital Emmy® Award and Australian Directors Guild Award for the all-media drama “SCORCHED”. He was twice honored by Screen Producers Australia for Best New Media and Interactive Producer of the Year.

Recently, he produced theatrical feature documentaries Own the Sky and Living Universe and was EP on Motorkite Dreaming. He executive produced the feature drama NERVE that screened at Sydney Film Festival and Shanghai Film Festival. He has written, directed and produced prime time television in Australia and for major international networks in Asia, North America and Europe.

Marcus is also a successful author of two books “Hands On – Tips and Experiences in All Media Producing”, and “Hands On – A guide to production and technologies for film, TV and new media.”.

Specialising in all-media development, production and delivery across all platforms, he has built a reputation for being at the forefront of digital innovation, production and distribution.

No TV episodic and online drama