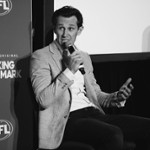 Luke Tunnecliffe has been a driving force behind the creation and implementation of world class sporting and entertainment content at JAM TV Australia since 2012.

JAM TV is one of Australia’s most prolific independent production companies delivering in excess of 1000 hours of sport and entertainment content every year for major broadcasters. As the Head of Content, his current role straddles development, commercial, logistics and the creative processes.

Tunnecliffe has overseen the recent success of the Making Their Mark docu-series on Amazon Prime Video as well as both The Recruit and The NRL Rookie reality television formats. In 2018, he headed up JAM’s worldwide Host broadcast of the Invictus Games held in Sydney.

Prior to his current position, Tunnecliffe spent four years working within the inner sanctum of Australia’s largest sporting organisation, the Collingwood Football Cub, before moving into broadcast television with the Nine Network. In his eight years at Nine, he produced live sporting broadcasts and studio-based shows covering numerous sports from Olympic and Commonwealth Games to International Cricket, Australian Rules Football and World Swimming Championships.

Highlighting his diversity within the sporting media world, he has for the last 18 seasons produced Triple M Football’s Australia-wide radio coverage.

Open to hearing anything!

Nothing we are not really looking for.