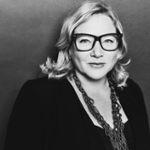 Arcadia are looking for projects across feature and TV that stand out in the crowd, are bold and present new ideas from authentic voices. We’re genre agnostic, but we love clever horror, sci-fi and thriller concepts. And rom coms!

We are not looking for projects that are derivative of other projects in the marketplace (especially in the horror, sci-fi and thriller space), or the “Australian version” of something currently or recently successful in the international market. We’re also not looking for takes on hospital, crime or cop dramas.