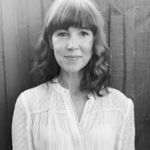 Katherine is the Scripted Development Manager at Matchbox Pictures. She was previously the Fiction Development Manager at Film Victoria and has worked as a Production/ Development Executive at Screen NSW, Screen QLD and Screen Australia. She was Head of Development at Arenamedia/Footprint Films when the company developed projects including ‘The Turning’ and ‘Paper Planes’, produced the feature film ‘Balibo’ and distributed four feature films including ‘Samson and Delilah’ (winner – Camera d’Or). She was Script Consultant at Waking Dream Productions and during her time developed projects including ‘The Babadook’, ‘The Daughter’ and ‘Babyteeth’ (Official selection, Venice Film Festival, winner 9 ACCTA Awards). She Produced the short film ‘Family’ (‘The Turning’ – MIFF) and the two-part doco-drama television series ‘Stories I Want To Tell You in Person’ for Matchbox Pictures (MIFF, ABC TV).

We are looking for scripted television – all genres (30 min. 45 min, 1 hr format). Returnable or limited seasons.