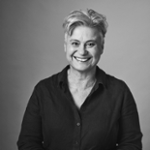 Julie Ryan is an Australian film producer who has produced 15 feature films over her 20+ year career. Her recent achievements include “H is for Happiness” which received a Special Mention by the Children’s Jury in the Generation Kplus section of the Berlin International Film Festival 2020, and won the prestigious 2019 Cinefest Oz Film Prize; Hotel Mumbai, the most successful Australian film to release internationally in 2019; Ten Canoes, the Un Certain Regard Special Jury Prize winner at the Cannes International Film Festival in 2006; and the Australian box office smash hit Red Dog in 2011. She has received eight Best Film nominations at the AFI/AACTA awards over her 20 plus career including nominations for “H is for Happiness” and “Hotel Mumbai”, and won for “Red Dog” and “Ten Canoes”. Julie began working at the South Australian Film Corporation as Production Executive in 2020.