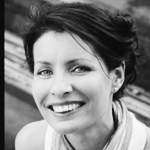 Janelle Landers is President of WBMC, a creative production company with offices in Perth and Sydney, working across narrative and documentary projects for features, television and other screen content. She recently completed Rams, directed by Jeremy Sims and starring Sam Neill, Michael Caton and Miranda Richardson. Other credits include Ben C. Lucas’ feature film OtherLife, and Julius Avery’s Son of a Gun, starring Ewan McGregor and Alicia Vikander. She also produced Lucas’ debut feature Wasted on the Young. With a background in visual arts and First Class Honours degrees in Law and Media Arts Production, Janelle worked as a lawyer and producer in Sydney before joining WBMC in 2006. As President, Janelle oversees development and production for all of the company’s screen content.

WBMC is open to all kinds of ideas striving for excellence, with a clearly defined target audience and a realistic pathway into production.
Ideas that are made for cultural entertainment. From environmental series to sports documentaries. Shorts about artists or films about humans and our natural world. Would love to develop ideas that tell a story of a subculture and how we can create an emotional connection for a wider audience. Personally, I love humble human stories about people who are moving mountains or anything about the ocean. Anything with heart and soul.

WBMC is not likely to be interested in horror or low-budget genre projects.