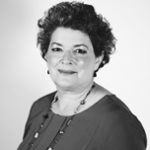 With a career that spans 30 years in international TV content sales and marketing, Fiona Gilroy joined the late John Caldon and Lyndey Milan in 2011 to establish Flame Distribution, a specialist factual distributor.

With a catalogue consisting 4,000 hours of factual and documentary content from over 180 producers worldwide, Fiona spearheads all aspects of the international distribution activities across the Sydney, London and New York offices. This also includes assisting producers in securing presales and commissions through initiatives like the Flame Coproduction Alliance and Flame Distribution Productions. Flame also works in TV, VOD, inflight and educational markets.

Prior to Flame she ran her own consultancy working with producers to maximize commercial opportunities for their content. Throughout the course of her career key positions included Content Sales Manager for public broadcaster SBS, and Sales & Marketing Operations Manager for Film Australia. She was also staff elected director on the Film Australia Board (1992 – 1996).

Fiona has served as board member of the Australian International Documentary Conference (AIDC) from 2014 to 2020, (Co-Chair for 5 yrs during this period), and was a member of the Advisory Committee for the 2021 conference.