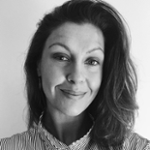 Ester Harding is a screen producer and Head of Drama, at Sweetshop & Green. Her focus is on Australian and New Zealand narrative features and series with international co-production and financing potential. Developing from both underlying IP and original ideas, her ambition is to bring talent-driven, culturally diverse and thematically relevant stories to global audiences.

As a development executive for Screen Australia, Ester oversaw narrative features, episodic and extended reality projects, and the fostering of emerging talent. Prior to this, for See Pictures she co-produced feature SWINGING SAFARI (Edinburgh 2018), produced television pilot REMEMBERING AGATHA (ABC 2018) and served as production executive on Simon Baker’s BREATH (TIFF 2017). Ester’s earlier career was in feature and interactive documentary projects, including I AM A GIRL, THE SURGERY SHIP and CALL ME DAD for Media Stockade; STORM SURFERS 3D for Firelight Productions / 6ixty Foot Films; and AFTER 6/4 for Freehand Productions and SBS.

Sweetshop & Green is an Australian and New Zealand production company that develops, finances and produces narrative and documentary film and series projects for identified domestic and international audiences – local for global. Our sensibilities lie with culturally diverse stories that have something to say; we are open as to genre and period.

We are not looking for reality or factual formats; features with budgets less than AU$1.5M; fantasy, horror, westerns, comedy (unless the storyworld and point-of-view reflect an under represented voice in the Australian and New Zealand market); projects that feature violence against women, or mass murder.