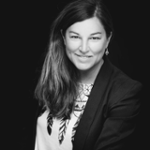 Chloe has a varied background involving performance, teaching, business management, entrepreneurship, travel, film production, directing and motherhood. Completing her MBA at the Laureate recognised – Torrens University Australia, in 2019, and winning the Winnovation Award for Creative Entrepreneurship in 2016, Chloe has been wearing many hats for the last 20 years.

Chloe joined the team at Beyond Content in 2018 has been expanding her expertise in the film and corporate sector as a valued producer, production manager, line producer, and Business Development Manager. Chloe became a Company Director in 2020.