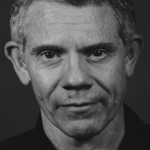 Award winner whose screen experience spans 30 years. He is an accomplished composer and orchestrator of music for film and television, with credits that include Spider-man: Homecoming (2017), Zootopia (2016), Jurassic World (2015) and Inside Out (2015) amongst many, many others. Cameron is also an accomplished violinist and violist, with an extensive list of credits in the film, television, theatre and recording industries.

Cameron is a graduate of the University of Southern California’s film scoring program and was an instructor in the UCLA Extension’s Film Scoring program from 2015 to 2017. He has been involved with the Queensland Music Festival for the past six years in partnership with the Griffith Film School and conducted and presented education concerts with the Queensland Symphony Orchestra in 2019. Cameron is a professional member of the Australian Guild of Screen Composers, the Society of Composers and Lyricists (US), the American Federation of Musicians (US) and Broadcast Music Inc. (US).