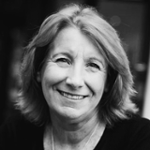 Bernadette O’Mahony is an award winning Executive Producer and Producer and is the Head of Content at the Australian Children’s Television Foundation overseeing the Foundation’s development, production and international distribution activities.

Across her career Bernadette has worked on a wide range of genres including documentary, current affairs television, prime time drama, feature films and children’s film and television.

Bernadette’s Producer credits include Crash Zone, Legacy of the Silver Shadow, The Worst Year of My Life, Again! and the award winning series Round the Twist and Mortified.

Bernadette is an International Emmy Award winning Executive Producer who has helped producers develop, finance and produce series including Hardball, Are You Tougher Than Your Ancestors?, Thalu, First Day, The Inbestigators, Little J and Big Cuz, Dance Academy, Little Lunch, Ready For This, Lockie Leonard, and My Place; as well as feature films including Paper Planes and Dance Academy – The Comeback.

Bernadette has worked with broadcasters across all platforms from Free to Air, SVOD and Pay Television both locally and internationally and her knowledge and experience in development, production, financing and distribution of children’s television is unparalleled.

Drama or factual programs are both welcome.

We are not looking for game shows. Unlikely to be interested in hosted studio based type of children’s programs.