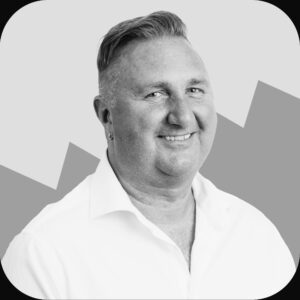 Tony is the Executive Director and Chief Operating Officer of Mighty Kingdom. With over 50 million downloads, having worked with Sony Pictures, Lego, Dreamworks and Mattel, and listing on the ASX in 2021, Mighty Kingdom is a leading Australian Video Game developer. Tony was previously the General Manager of 2K Australia and worked with his team on Borderlands the Pre-Sequel, BioShock Infinite, BioShock 2, and The Bureau: XCOM Declassified, games which have grossed. Tony is a board member of the Interactive Games and Entertainment Association, Australia’s game industry member organisation, and a previous President of the Game Developers Association of Australia. Tony holds an MBA (Executive) from the University of New South Wales and the University of Sydney (AGSM), and a BA, Television and Sound Production from Charles Sturt University.