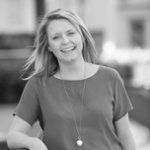 Belinda Dean is a producer and founder of independent production company unko. She is equally passionate about the comedy genre, as she is diverse and inclusive storytelling.

Her credits as producer include the multi-award winning Create NSW & SBS funded short film Joy Boy, documentary The Funny Ones for ABC ME celebrating aspiring young female comedians, the provocative online series, Cloudy River, which premiered at the Queer Screen Mardi Gras Film Festival and is now available on SBS On Demand, and most recently, the short film Weather Girl, one of the top 5 films in the Epic Games Unreal Engine Short Film Challenge. Belinda is in active development on several projects, including the short form series she created, Freewheelers, one of three projects selected from over 600 applications for development in the inaugural SBS & Screen Australia Digital Originals Initiative.

She is a foundation member of the all-female producing network Screen Vixens, and in 2019, was selected as a Screen Producers Association ‘Ones to Watch’.

We are looking for low-mid budget/contained features with some kind of social awareness at their core. Genre agnostic, though we tend not to pick up horror or supernatural thrillers.

On the TV side, same understanding of social issues with characters and a story world that help shed light on taboo subjects, and/or provide interesting and unexpected forms of representation. Drama or comedy/drama preferred.

Creators with something to say, not necessary drawn from their immediate experience, but with an understanding of the impact a good story can have on culture at large.

Not looking for period pieces, and this includes the recent past.