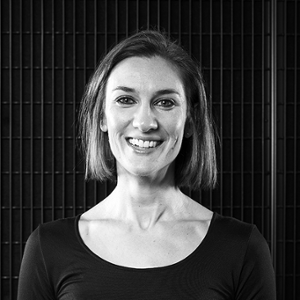 Alexandra joined Mr. X in April 2020 as Head of Studio, bringing with her over 17 years of VFX production experience. Previously, as the Senior Production Supervisor at Rising Sun Pictures, she managed the production team, and was instrumental in delivering projects such as X-Men: Dark Phoenix, Dumbo and Thor: Ragnarok. During her time there she was also the Senior Producer on Captain Marvel, Ford v Ferrari and Tomb Raider.

Alexandra’s career began at Framestore, London, where she progressed to the role of VFX Producer. During her 13 years there, she contributed to the successful delivery of many major projects, including Guardians of the Galaxy, Paddington, Wrath of the Titans, Sherlock Holmes, Captain America: The First Avenger, The Golden Compass and a number of the Harry Potter films.

In her role as Head of Studio at Mr. X, Adelaide, Alexandra is responsible for all the projects in production, as well as the effective day to day running of the studio, ensuring alignment to the greater Mr. X global framework and strategy; including managing financial and operational risk and driving business strategy.

We are not looking for non VFX related queries.